Activist, Equality4All, Influenceurs, LGBTQ
Jacob Tobia is a writer, producer, and author of Sissy: A Coming-of-Gender Story with Putnam Books at Penguin Random House. From interviewing former US Presidents to working with queer and trans youth, Jacob helps others embrace the full complexity of gender and own their truth, even when that truth is messy as hell. Originally from Raleigh, North Carolina, Jacob currently lives in Los Angeles.

A member of the Forbes 30 Under 30 and the OUT 100, Jacob made their debut on the national stage when they were interviewed by Laverne Cox as part of MTV’s The T Word. In 2015, Jacob was profiled by MTV in the one hour, GLAAD Award-nominated episode of True Life: I’m Genderqueer, and in 2016, Jacob created, coproduced, and hosted Queer 2.0, a first-of-its-kind LGBTQ series for NBC News. In 2017, they served as the Social Media Producer on Season 4 of Amazon’s Emmy Award-winning series, Transparent and collaborated with Instagram and GLAAD to produce #KindComments, a custom campaign for Trans Day of Visibility that was viewed over 14 million times. In 2018, Jacob produced and starred in a critically acclaimed revival reading of the Pulitzer and Tony Award-winning play I Am My Own Wife and was announced as the new face of Fluide Beauty, a line of trans and queer-inclusive makeup.

As someone who has served as an icon and role model for gender-fabulous people for decades, it’s been wonderful to watch Jacob blossom. Their energy, verve, and luminosity of self bring joy to so many, and I’m confident that Sissy will do the same.

A Point Foundation Scholar, Harry S. Truman Scholar, and recipient of the Campus Pride National Voice and Action Award, Jacob has captivated audiences at Harvard, Princeton, Columbia, Yale, SXSW, and conferences across the country with their message of personal fabulosity and social change.  Their writing and advocacy have been featured on MSNBC, MTV, The Washington Post, The New York Times, TIME, New York Magazine, Teen Vogue, Playboy, The Guardian, and Jezebel, among others.

Jacob’s debut book: a heart-wrenching, eye-opening, and giggle-inducing memoir about what it's like to grow up not sure if you're (a) a boy, (b) a girl, (c) something in between, or (d) all of the above.

From the moment a doctor in Raleigh, North Carolina, put "male" on Jacob Tobia's birth certificate, everything went wrong. Alongside "male" came many other, far less neutral words: words that carried expectations about who Jacob was and who Jacob should be, words like "masculine" and "aggressive" and "cargo shorts" and "SPORTS!"
Naturally sensitive, playful, creative, and glitter-obsessed, as a child Jacob was given the label "sissy." In the two decades that followed, "sissy" joined forces with "gay," "trans," "nonbinary," and "too-queer-to-function" to become a source of pride and, today, a rallying cry for a much-needed gender revolution. Through revisiting their childhood and calling out the stereotypes that each of us have faced, Jacob invites us to rethink what we know about gender and offers a bold blueprint for a healed world--one free from gender-based trauma and bursting with trans-inclusive feminism.
From Jacob's Methodist childhood and the hallowed halls of Duke University to the portrait-laden parlors of the White House, Sissytakes you on a gender odyssey you won't soon forget. Writing with the fierce honesty, wildly irreverent humor, and wrenching vulnerability that have made them a media sensation, Jacob shatters the long-held notion that people are easily sortable into "men" and "women." Sissy guarantees that you'll never think about gender--both other people's people's and your own--the same way again. 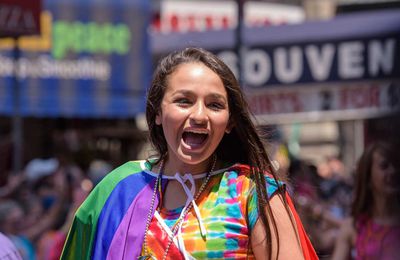 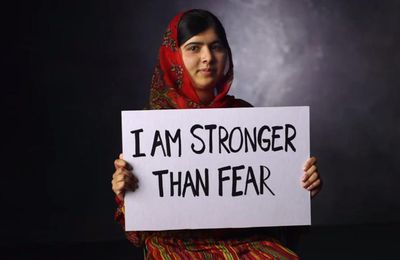