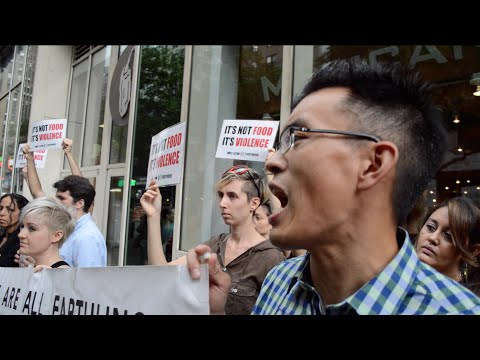 Open rescue is a form of nonviolent direct action in which activists enter animal farms and other facilities, document the conditions, and rescue animals. These rescues are open as the activists do not hide their identities from the public.

A committed band of activists is on a mission to change the world for animals. But they need your help. With Eddie Lama of The Witness, distinguished critical theorist John Sanbonmatsu, and activists from 31 cities in four continents, DxE is setting out to show the world that we are no longer afraid to say what we believe: that every animal has an equal right to be safe, happy, and free.

Open Rescue International is a coalition of animal activist groups, organizations and networks participating in open rescue. The coalition was formed in late 2016 with the intention of sharing knowledge and skills and increasing awareness of open rescue. We are looking for additional groups to join our coalition - let us know if you'd like to join us.

This site serves as a historical record of the open rescues the coalition has released, as well as open rescues other groups have released and have requested to be on this site. Have an open rescue you'd like to be featured on this site? Let us know.