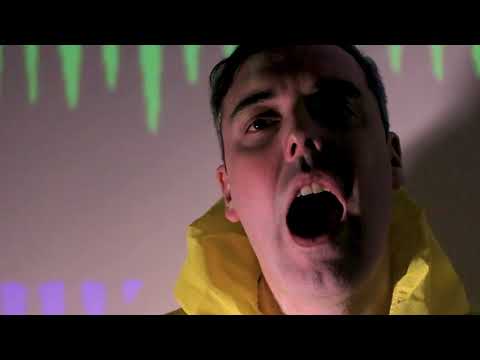 The seeds of Crooked Teeth germinated in Glasgow, where Rob and Jo put when
playing and occasionally collaborating in their respective bands. On the move to London, this mutual respect has grown to be a great songwriting partner, and their friend has been recruited on the guitar, crooked teeth were in business.
Three years and numerous gigs later, a distinctive Crooked Teeth sound has evolved, using analog electronics, big beats and psych pop in equal measure. Propulsive synth work and distorted guitar lines imbue the music with a powerful, driving euphony, while beatific production elevates it in the finest echelons of heady 3am big beat and club-savvy noise pop.

It's a vibe that has drawn much praise, with the band's self-released single, 'Mirrors', garnering radio play from Amazing Radio and enthusiastic words to the blogosphere. Lost In The Manor records, too, were hugely impressed and signed to a double-A - 'Mountain Song' and 'The American Dream' - in 2018, recorded, mixed and produced, DIY style, by the trio themselves. Several key live showcases will be added to the Crozzled Teeth this summer, among them a prime Saturday slot at the Great Escape Festival.